I got started on demolition of our house on a chilly February day right around this same time in 2007. The plan (for me at least) was to start in the bathroom. Why the bathroom?

I know that was the reason we bought all the pieces for installation of the toilet over a year before it actually was installed. From that point on, we had two heavy boxes that contained the parts and proceeded to move them from room to room and corner to corner as it always seemed to be constantly in the way. But in those days, so many ideas seemed so plausible and so we continued on in hopes that in just a few weeks, we would be ready for installation.

But I digress, I was eager to start the demolition process in the bathroom.

My fiance handed me a hammer and a "wonder bar" and said, "Take this paneling down."

"Take down all the lath." 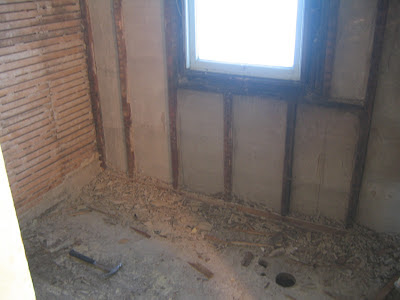 "Take down all the plaster that was lying beneath all the lath."

"Remove all the debris and put it in the roll-off," he said. 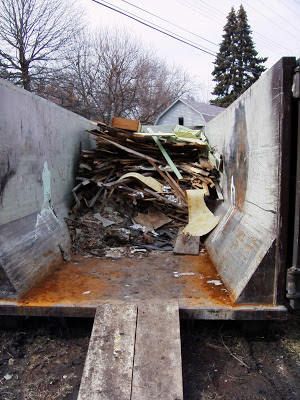 I think you get the picture. As each step added to the next, my enthusiasm waned and I began to truly understand the enormity of this house project. But despite that fact, I think we both left that evening feeling satisfied with our progress.

That's the thing about demo work, it's dirty but it's quick and brainless. We would soon realize that those days of progress would be a welcome change from time-consuming, tedious complexities that would start to make our house something that could make it a livable dwelling and eventually a home.
Posted by the unintended architect No comments: 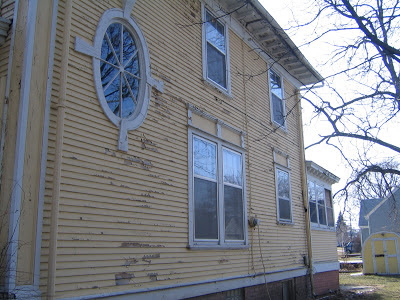 Rotting wood, shaky windows, rusty pipes, weathered siding, random wires, dying trees, chipping paint..and two stories to contain it all. To say I am thankful that this did not become our house is an understatement. It was, however, the object of first infatuation for my husband-to-be during the home search. I use the word "search" in the sense that there was a choice between less than half a dozen properties labeled with some type of "potential".

In the exact words of my now husband describing the available possibilities of a home that was listed under our designated price range, "they all sucked."

As a result, his enthusiasm for this yellow house grew. It was obvious this property was surrounded by positive qualities at which any untrained eye could immediately recognize...or something like that. As the fascination with this property grew, it was clearer to me that taking on this project would be one of enormous proportions. Somehow, the house we did end up purchasing seemed so much more manageable. "There is only one floor to deal with," I was quick to point out.

The yellow house was a foreclosure and eventually went to auction in which a bank purchased and resold the property. From that point on, the property rose out of our desired price range and was removed from consideration.

Moving onto other possibilities, a conveniently located home came into the picture. I say conveniently because it was only blocks from where my then fiance worked. A trip over his lunch hour helped solidify its contention.

With his curiosities stirred, an actual scheduled visit with the listed realtor and invitation to our good friend to tag along, made it official. We ventured inside to check it all out together.


The floors were worn, the kitchen was bare save the very old style cabinetry and cast iron sink and there was no running water as far as we could tell throughout the main level. Some squeaks from underneath a couple stacks of wooden pallets in the basement revealed just the beginning of what would become one of many unwanted furry winged guests.


Those famous words from the realtor have since been repeated in many forms and instances and now it's safe to say that it's true. 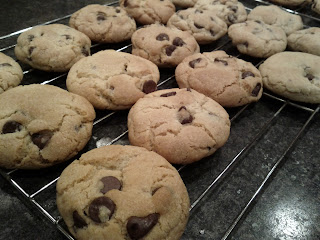