Foam board...hmmm...not exactly an exciting topic let alone blog title. However, what IS exciting is that I am far removed from the process that occurred around this same time 6 years ago. Fall was in full swing and the phrase "winter is coming" that surrounds the now popular Game of Thrones home of House Stark, "Winterfell" would be an appropriate one as my husband and I feverishly worked to finish several home exterior jobs before the snow fell. 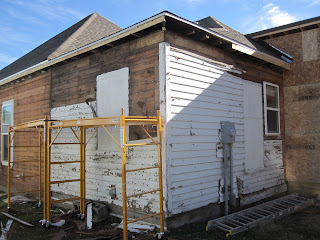 To say it was a difficult job is not entirely accurate as the actual process of adding foam board insulation to the exterior of our house was not exactly hard. However, the fact that together with my husband, we covered every exterior face of our house completely by ourselves after our typical 8-hour regular work day did not make it a fast or easy job. Combined with the fact that we needed to tear off the current, original old siding and repair a few places beforehand also complicated the matter. So, as our usual reconstruction process unfolded, several deconstruction steps had to be completed first, allowing us to get to the actual job we were intending to do. 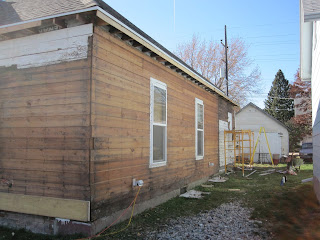 Little by little, each day we removed the old siding and repaired the base beneath so that we had a "clean" and structurally sound foundation to attach the foam board to.

That is where I kind of felt like the "fun" part began because at least we could cover up all the grunginess with something that would add much value in warmth and, to some degree, an improved exterior aesthetic. At least now it looked like we were actually trying to make this old house look like things were improving rather than just making new mess out of the original mess we started with. Plus, it also kind of made our house look like a gingerbread house. That sounded more charming in my mind than what it really was. This was helpful since our house remained in this current state all winter before we were able to finish the job of adding siding that following spring.

The installation took A LOT of foam board and A LOT of spray foam insulation cans--you know that stuff that you spray our of a can and it expands over time to triple its size. It's tough sometimes because in your mind it takes less than you would think but often when you try and gauge you overcompensate, afraid that if you don't put enough in initially it won't expand to completely fill the crevice which is the whole point, and then it expands and spills way over the original space, often makes a big mess and generally wastes a lot of the product. 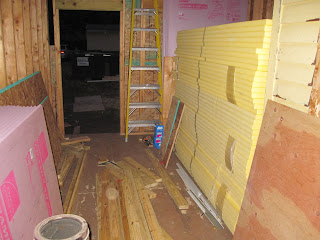 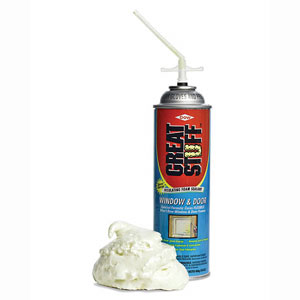 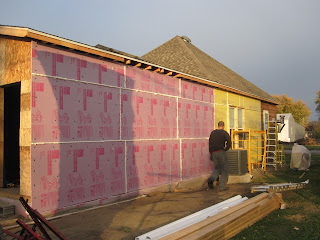 Anyways, it took a lot of weeknight evenings to get everything covered and since it was late October, it started getting dark earlier and earlier until we were almost beginning work when it was completely dark. I remember going to our local home improvement store and purchasing a couple construction-type work lights just so we could keep working during the week after our regular jobs--ugghhh! 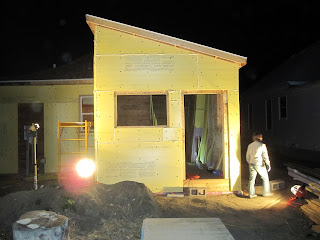 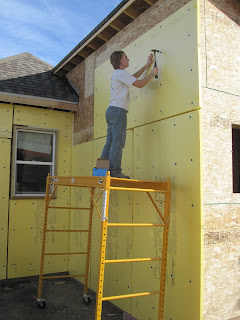 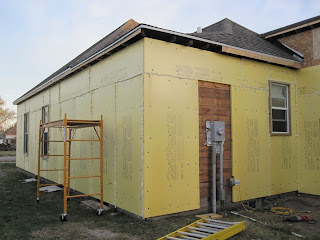 However, we did get it all done over the course of a couple weeks and while I was not thrilled with the amount of time and effort it took to get everything done, I can say that during the dead of winter that followed, I was thankful that we had such a lovely protective barrier between me and the chilling cold and howling wind outside.

I can also honestly say that I occasionally still think of what is behind our siding (mostly during the winter) and can appreciate, probably a bit more than most, the many aspects to a home that are hidden out of sight. 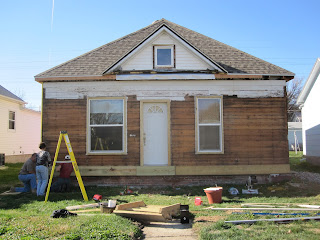 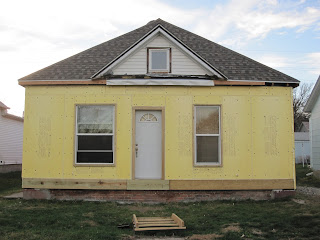 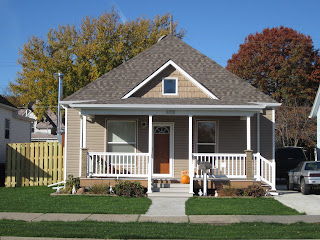 I also think that while I can appreciate these aspects because of this experience, I believe that you, too, can appreciate aspects to your home that are not in plain view. Maybe it's not foam board insulation but maybe it's just the fact that there are reasons your home can function in the ways that matter to you--warm showers, baking in your oven, reading a book with your kids before bedtime. These things happen due to hidden aspects such as plumbing and wiring so that you can enjoy them.

So, to end this thought, I know that come this January, I will thoroughly enjoy a warm cup of coffee inside my cozy living room while watching the blizzard unfold outside. 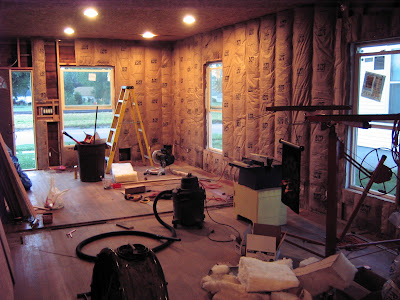 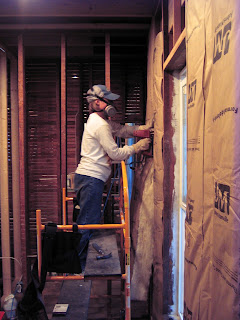 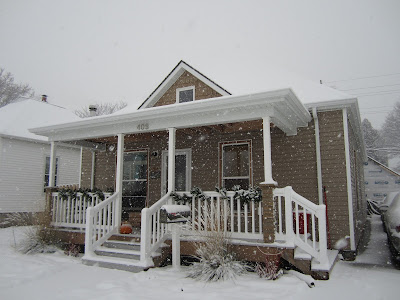 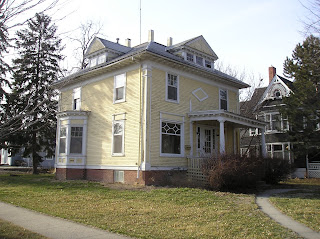 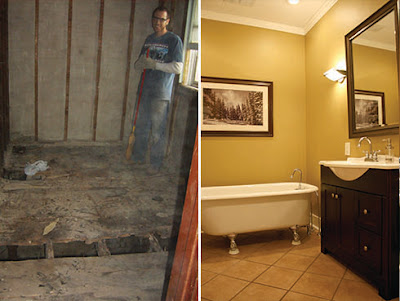 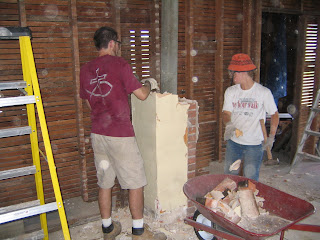